This past month was interesting and quite busy for us - we got valuable feedback and contributions from our clients, fixed many bugs, released the Android client for Para and a new plugin for MongoDB. The number one request for this version was support for plugins and MongoDB. We’ve also updated the documentation of our open source backend framework and redesigned the landing page on paraio.org. The docs should now look even better on mobile devices with high-DPI displays. 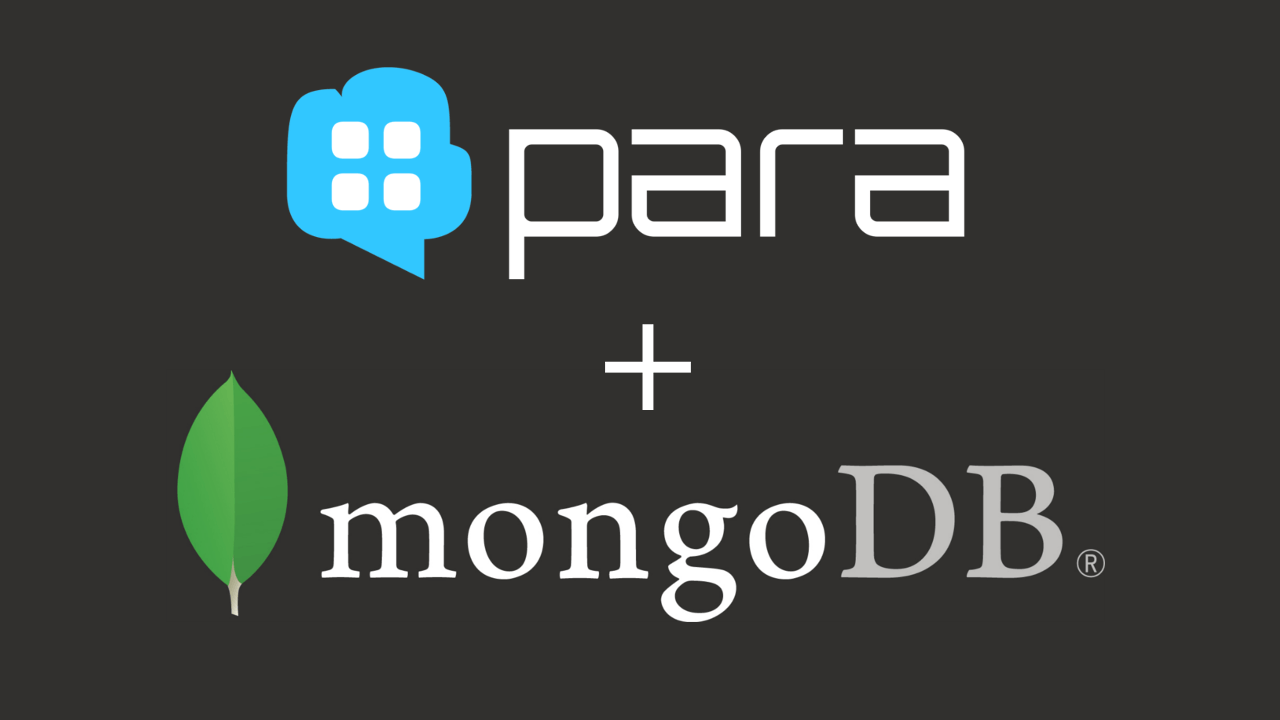 Para v1.18 supports plugins for the three main components in our framework - DAO, Search and Cache. These three interfaces are the foundation and their implementations define how objects are stored in a database, indexed by a search engine or cached in memory. Now you can create your own plugins that implement the DAO, for example, like we did for MongoDB. To create a plugin, you simply create a new Java project and import para-core using Maven. Then you implement one of the three interfaces above. Finally, put the compiled plugin inside a lib folder relative to the para-x.y.z.war. For more information about plugins, refer to the documentation.

Our para-dao-mongodb plugin is the first official plugin for Para and it adds support for MongoDB. It was written by Luca Venturella and works with the latest Mongo server v3.2. We plan to add more plugins like this for Cassandra, PostgreSQL and others. By writing your own plugins you can extend and modify the core functionality of Para and make it work for your scenario and the technologies you use. Here are some of the different possible integrations that can work great as plugins:

In v1.18 we also improved the permissions API by allowing developers to add permissions on specific objects by id. The following code, for example, allows a user with id of user1 to delete a specific Post object:

In addition to this, we added special flags to every ParaObject that control persistence, indexing and caching operations. These flags are in the form of boolean properties and give you a fine-grained control over every object. You can now create transient objects that only live in memory (stored: false, indexed: false, cached: true), or objects that will never be cached (stored: true, indexed: true, cached: false).

The plan for the next few weeks is to add more integrations and a basic web UI, as requested by some of our fellow developers. We’ll be focusing on making Para work with ng-admin and Restangular, as well as, iOS. And even though we regret the recent news of Parse shutting down, we hope that more web and mobile developers will find Para useful and a good alternative to the Parse service.

Meet us at the jPrime conference

We’ll be sponsoring jPrime - a local conference with talks on Java, the JVM, mobile, web and best practices, which will be held on May 26-27th, 2016 in Sofia, Bulgaria. It’s run by the Bulgarian Java User Group and backed by the biggest software companies in the city. If you’re in the area and into Java, you should definitely come to jPrime. Send us an email and we’ll arrange for you some Para stickers on the day of the conference.

You can now chat with us on Gitter!

Mongo, MongoDB, and the MongoDB leaf logo are registered trademarks of MongoDB, Inc.